A (Royal) Society of Arts plaque was erected on Gibbon's original house on this site in 1896, removed when that house was demolished in 1906-7. A proposal to 'medallionize' the rebuilt house in 1925 came to nothing, the question arising again in 1949 - it being ultimately decided that as No.7 was the only surviving house in London with any connection to Gibbon, an exception to the 'site of' rule could be made - before again coming to nothing due to refusal of consent from the house's owner. The LCC waited for a change of ownership and finally erected the replacement plaque in 1964. 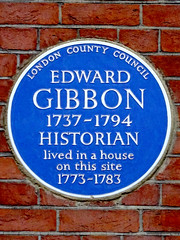 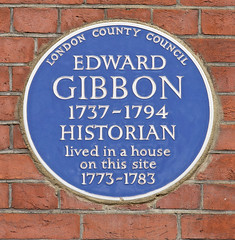 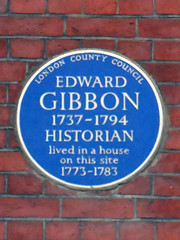 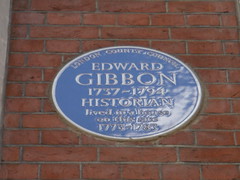 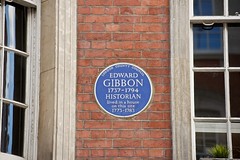 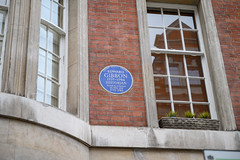 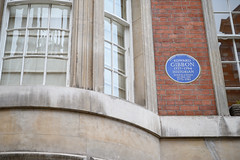 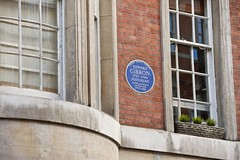 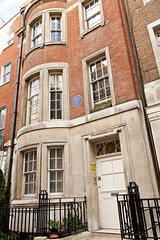