Alsatian Immigration Through Lavaca Bay. Texas land empresario Henri Castro contracted to bring colonists of various European nationalities to Texas beginning in 1842. The first of these were Alsatians, most of whom spoke German and held German sympathies. They arrived at Galveston, their official port of entry, with 114 passengers from France in early 1843; most then sailed for Lavaca (later Port Lavaca). They waited here before beginning their overland journey to what became Medina County, to establish the town of Castroville. Another, largely Alsatian, group of 129 arrived at Galveston January 1, 1844. About 40 continued to Lavaca, landing on the 10th. Conditions were difficult, and many immigrants succumbed to various coastal fevers. Other ships followed in 1845 and 1846. Castro's contact expired in 1847, after he had transported more than 2,000 colonists to Texas, most through Lavaca Bay. (1999) Incise on base: Erected by Calhoun County Historical Commission; George Fred Rhodes, Chairman #1147 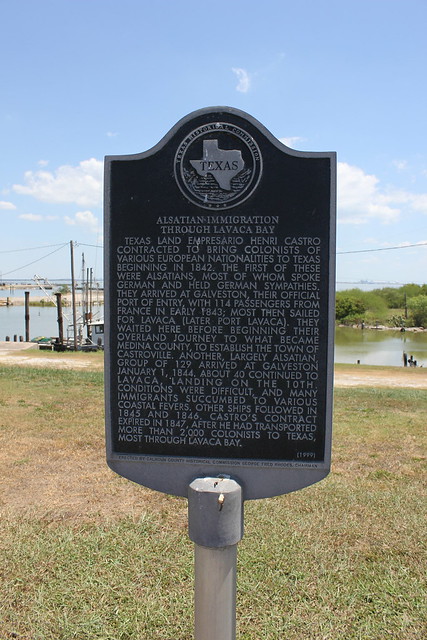 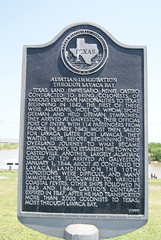