Gainesville Community Circus. Editor A. Morton Smith (1903-57) organized and promoted this show after a circus parody by the town's little theater group in 1930 revealed many talented amateurs. Chartered as a non-profit corporation, the community circus used its earnings to buy tents, trucks, and costumes. Local performers practiced their acts with circus professionals who spent the winters here. Touring in the summers through Texas and neighboring states, the popular show won national fame. The Gainesville Circus declined after 1954, when a fire destroyed most of its equipment. (1975) #2098 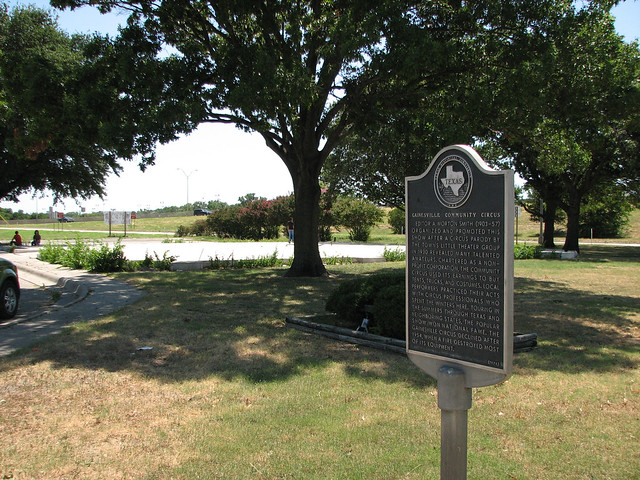 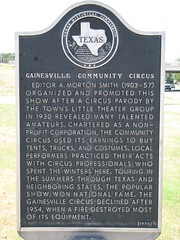