J. H. Meurer Home. German native John H. Meurer (b. 1850) settled his family in this area about 1900 when he became a land agent for H. J. Scott of the Clark and Plumb Company. In selling over 60,000 acres of land, Meurer helped to establish the towns of Windthorst (6 mi. S) and Scotland (named for H. J. Scott), both primarily German Catholic settlements. Meurer had this one-and-a-half story home built in 1911. The 11-room house with wraparound porch remained in the Meurer family until 1941 when Saint Boniface Catholic Church purchased it to serve as a residence for parish priests. (1982) #2677 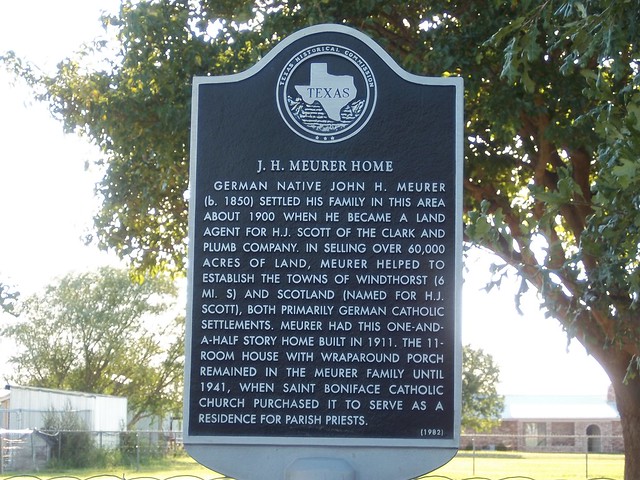 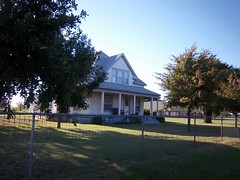