Reeves County-Pecos, Texas. Flat, arid, grassy land with a moderate water supply from the Pecos River and springs in Toyah Valley. Yuma Indians are thought to have done irrigated framing her in 16th century. Mexicans later raised vegetables, grain. Cattlemen moved in during the 1870s. Texas & Pacific Railway opened route to El Paso in 1882. Farmers, merchants, mechanics settled in Pecos City and Toyah. County was irrigated agriculture began about 1900. Only dam on Pecos River in Texas was built in this county 1935. Privately owned deep wells are also used. (1967) #4227 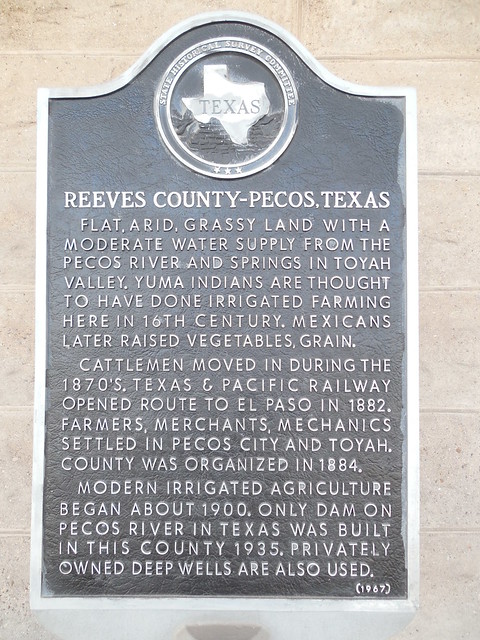