Ponta. In 1901, a new townsite was laid out on the Texas & New Orleans Railroad. Promoted by brothers Lee D. and William T. Guinn, it was named Hubb for county surveyor Hubbard S. Guinn. It was renamed Ponta (an adaptation of the Latin "Ponte," which means bridge) when the post office was established in 1903. Ponta was a shipping center for such local products as lumber, cotton, tomatoes and peaches. In time, the town boasted such businesses as general stores, restaurants, banks, blacksmiths, cotton gins and sawmills, as well as a hotel, a Masonic lodge, churches and schools. Large scale greenhouse cultivation began in the area in the 1950s. The railroad ceased operation after World War II and the post office closed in 1972. Ponta Plant Nurseries remain a major factor in the Cherokee County economy. #11810 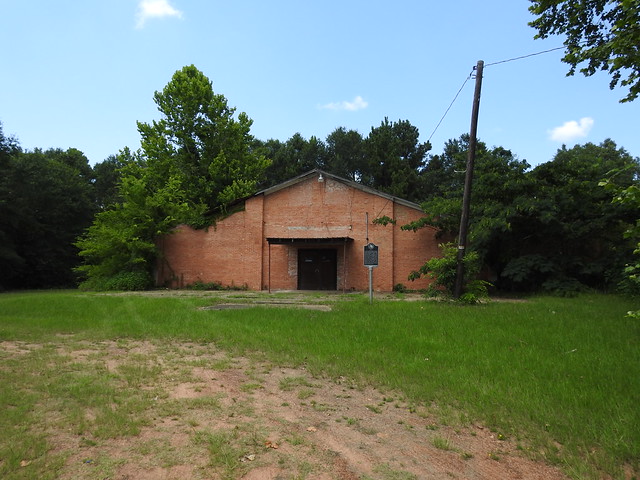 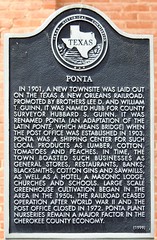