Douglass-Potts House. Built in 1907 by local contractor Joe O. Crawley, this was the home of city marshall (later chief of police) Wilson M. ("Bud") Douglass and his wife Clara (Ramsey). The cottage was constructed on land formerly owned by Clara's father, Arlington pioneer Seth Ramsey, and his family. W. A. and Clara Potts purchased it in 1919 and it remained in their family until 1987. A classic example of vernacular architecture, the house features a steeply pitched roof over a central hall with intersecting gables and side bay. The home is typical of the period, with restrained wood trim. Recorded Texas Historic Landmark - 1999 #12204 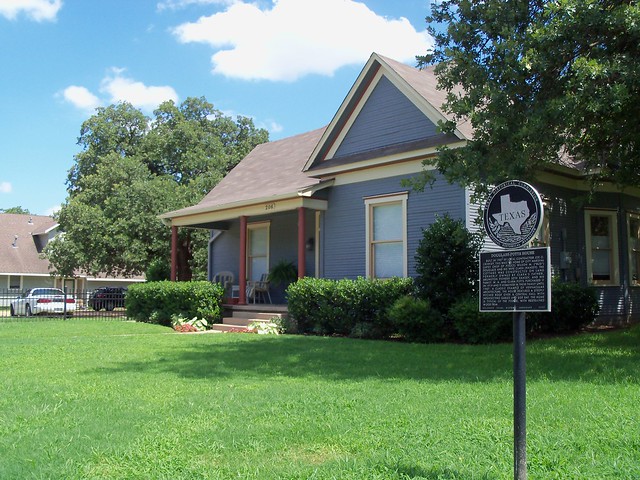 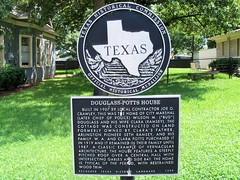