Double File Trail. As the Delaware Indians moved from their home in the "Redlands" of east Texas in 1828 to near present Nuevo Laredo, Mexico, they laid out this trace. It was named Double File Trail because two horsemen could ride side by side. The first settlement in Williamson County, Kenney Fort, was built here at the Brushy Creek crossing in 1838. It served as a way station and for Indian protection. In 1841 members of the Santa Fe Expedition assembled here. Texas Rangers, early Anglo-American settlers, surveying parties, and explorers also used this important route. (1979) #13824 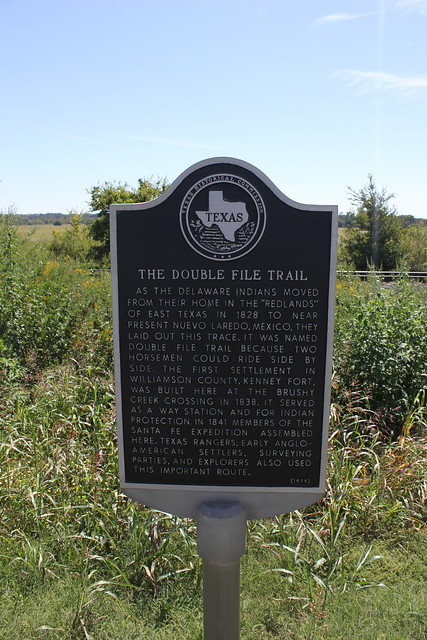