12 Hanover Street Grade II Listed Building Designed by Liverpool architect Edmund Kirby (1838-1920) Built in 1889 & 1890 This building was constructed for Ellis & Co shipowners and merchants, using red brick and terracotta from the Ruabon Terracotta Works in Wrexham, Wales. Offices occupied the ground floor and the upper floors were used as warehousing. The building incorporates an earlier 1863 warehouse from adjacent Argyle Street. Refurbished in the 1990's by Liverpool Housing Trust, the entrance was moved to an inner court via the old cartway where you now stand. The building is still occupied by LHT and its parent company Symphony Housing Group. The Group provides affordable housing for people across the North West and has been working in the North West since 1965. 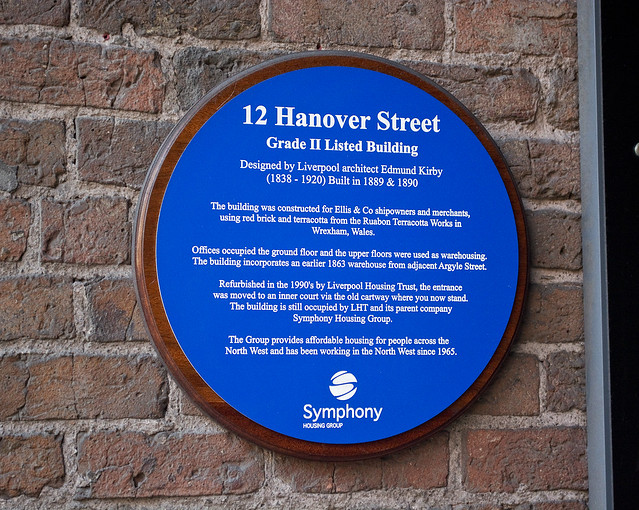 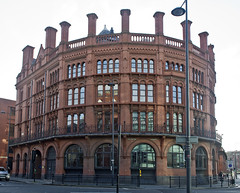