The Broken Bridge. This building was erected in the 1960s on the site of one of Ponefract's oldest houses. It had a Georgian or early Victorian facade, behind which there was an earlier house, dating back to at least 1680. The name Pontefract derives from the Latin words Pontus Fractus, which means 'broken bridge'. The bridge is thought to have been at Ferrybridge. These premises were refurbished by J. D. Wetherspoon in June 2010. 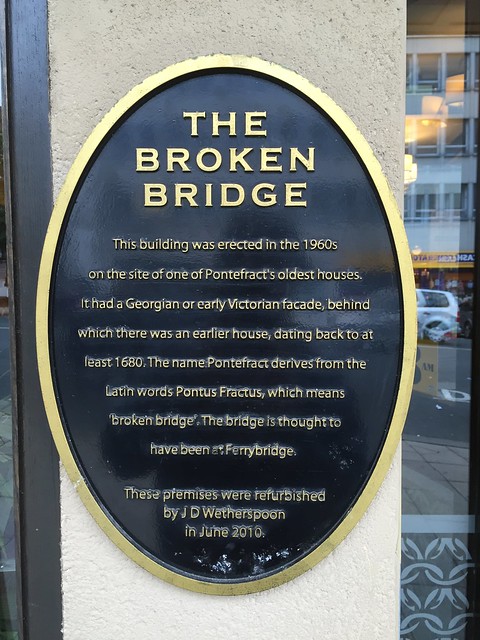 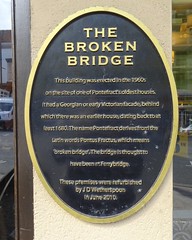