Millwood House This building stands on a property purchased in 1873 by William Charles Guest, and the section on which Millwood House now stands was sold to Donald Benn in 1906, who in turn sold it to William Cook in 1909. The building itself, which was originally built in the Millwood Goldfields, was later relocated to Knysna, in sections, by ox-wagon, and re-constructed where St George's Church Hall now stands. It was moved to this present site by the then owner of the building, William Duncan McFarlane, who let the house to William Cook in 1910. Cook traded as a shoe-maker from this house, using the room to the north with its own door onto the veranda. The building was sold in 1972 out of the Cook estate to Mr Silberman who offered free use of the building to the Millwood House Committee (now the Knysna Historical Society). 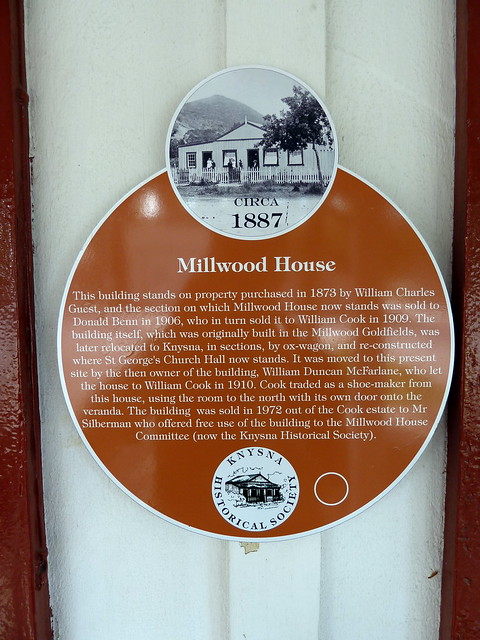 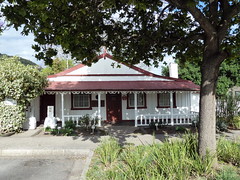