This building was originally the Carlton Hotel. Several members of the British Olympic team stayed here prior to their departure for the Paris Olympic Games in 1924 This was immortalised in the film “Chariots of Fire”. Built by J.T. May and Son in 1899

Local historian Barrie Wootton put in several years work to try to establish exactly which athletes stayed, but was unable to get full evidence. See https://theisleofthanetnews.com/2017/05/28/a-re-enactment-of-the-famous-chariots-of-fire-race-will-take-place-in-broadstairs-events/ The famous beach run occurs on Broadstairs beach, but the filming of it for Chariots Of Fire was at West Sands at St Andrews, Scotland see 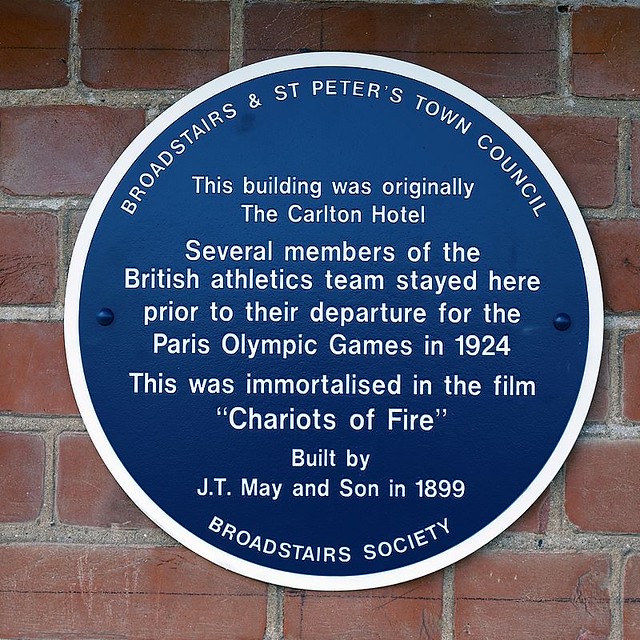