ZION CHAPEL. These buildings were designed by local architect, Stephen Shaw, and were opened in October 1898. Market Place Chapel opened in 1720 and became Unitarian in 1756. The Presbyterians left it and moved to Beast Banks Chapel in 1763 and by 1830 were meeting in a chapel in Woolpack Yard. St John's Presbyterian Church was opened in 1897 in Sandes Avenue. There was a Congregational Church in Kendal by 1754. Lowther Street Congregational Chapel opened in 1782, the first Zion Chapel opening in New Inn Yard in 1844. The Congregational and Presbyterian Churches merged to become the United Reformed Church in 1972. Zion and St John's Churches united in 1980 as the Kendal United Reformed Church here in Highgate, with St John's Church closing. It was demolished in 1982. 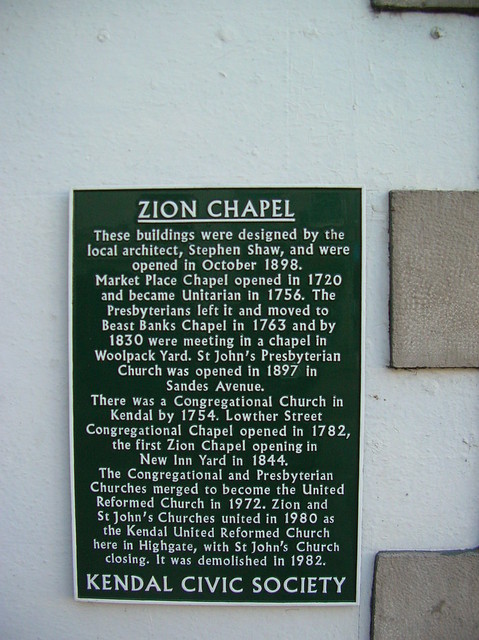