Greenwood Cemetery. Greenwood Cemetery was part of a Republic of Texas grant, called the John Grigsby League, given for service in the Battle of San Jacinto. W. H. Gaston, pioneer Dallas banker, acquired title to the site in 1874, after the noted local legal battle, "The Grigsby Cases," and founded Trinity Cemetery. Greenwood Cemetery Association assumed operation in 1896. Many people prominent in the histories of the city, state and nation rest here, in addition to casualties and verterans of every American military involvement since the War between the States. #6730 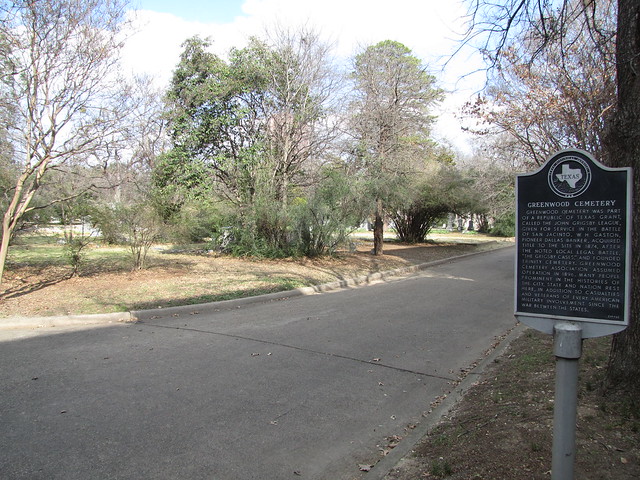 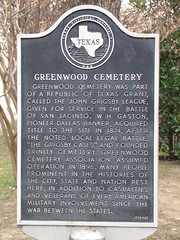