Homesite of Barry Benefield. (May 12, 1877 - Sept. 22, 1971) Born while Jefferson was a dominant East Texas city, Barry Benefield learned well the character and lore of this region while working at his father's wagon yard, located beside this 1860s house the family had purchased in 1897. Upon his graduation from the University of Texas, Benefield became a journalist and later a novelist. Two of his works, "Chicken Wagon Family" (1925) and "Valiant Is the Word for Carrie" (1935), were made into movies and gave international fame to Jefferson. In retirement, Benefield again lived in this house until his death at the age of 94. #8014 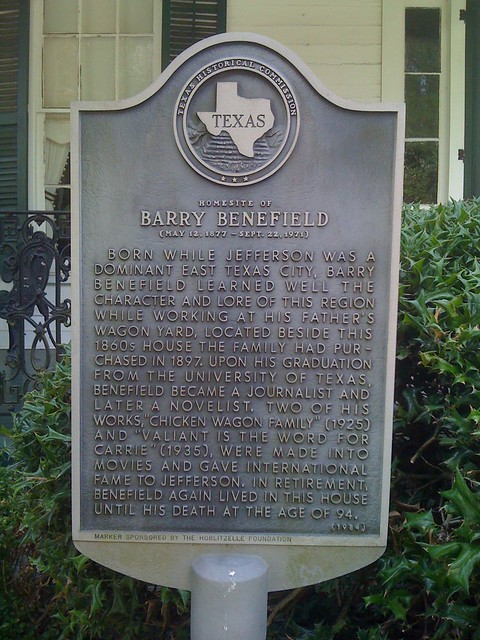 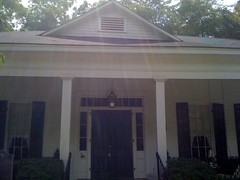