Royal Hotel Captain Thomas Horn acquired this site from Charles William Dutton in 1856, and ran a small thatched hostelry, the "St. George's Tavern", here, which he enlarged into a corrugated iron structure. After the 1867 royal visit by Prince Alfred, Duke of Edinburgh, second son of Queen Victoria of Britain, the hotel was renamed the Royal Hotel. During this visit the Prince hunted elephant in the Knysna forest. The hotel remained in the hands of the Horn family until 1930 when Donald John Fraser purchased it, having leased the property from 1923. The present building was designed by architects Simpson & Bridgman of Oudtshoorn and built by Claude Rogers of George in 1938-1939. The foundation stone was laid by CW Thesen in October 1939. The Royal Hotel has now been redeveloped into a centre with a hotel, gym, offices and retail shops. 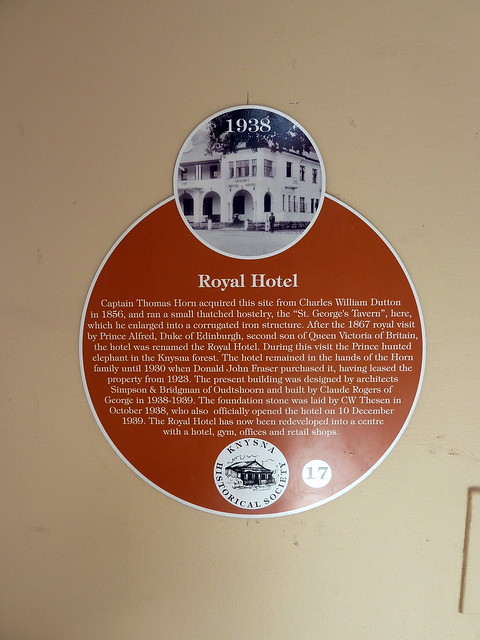 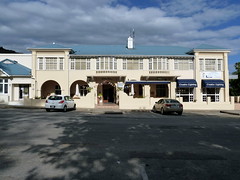