The Imperial Hotel On this site stood a thatch roofed wooden building owned by William Gunn McPherson. Bought by Henry Morgan in 1890 it later became known as the West End Hotel. The present building, designed by Sydney Grosvenor of Great Brak River and built by Arthur George Watton, was completed a year after the West End Hotel was demolished in 1915. The Knysna Oyster Club and the Knysna Bowling Club both had their formal beginnings on this site. The Devereux family ran the hotel during 1935 to 1974. In 1986 the hotel was enlarged and came under management control of the Protea Hotels Group. 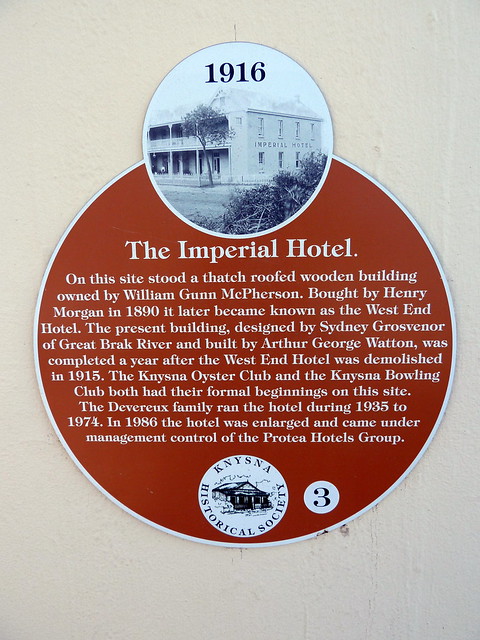