Old Post Office This building was built in 1924 and served the community as the Knysna Post Office until 1979. Since then the building has been occupied by the Knysna Publicity Association, founded in 1929, with the then Mayor, Dr J U (Barney) du Preez as Chairman. The Publicity Association is now known as Knysna Tourism, who sensitively restored the building during 2007 to resemble the original 1924 structure. Prior to the restoration, the Tourism office was well known for the huge Knysna forest elephant skeleton on display in the large front window. 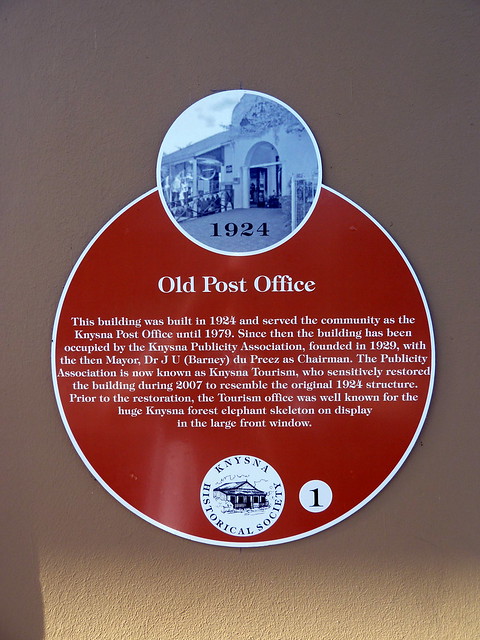 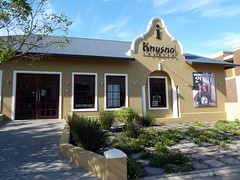