The Knysna Library Built at a cost of £1250 on land purchased from William Lloyd for £65, this stone building replaced an earlier public reading room of timber construction which stood on the corner of Main (previously called Church) and Long Streets, built in 1858 during the tenure of the of the first magistrate Mr James Fichat. Mayor C W Thesen opened the present library building, with its west wing only, which was built by Cooper and Rogers of Oudtshoorn with rooflag erected by local carpenter, Andrew Hepburn of The Knysna Forest Company, on 28 November 1893. The east wing was added in 1936 using matching stone, most of which had been quarried in 1893 and stored for the purpose. 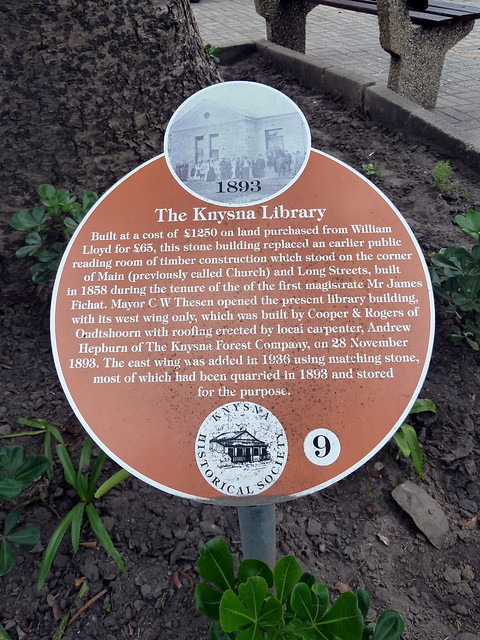 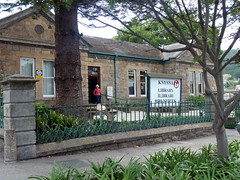