The War Memorial On instigation in 1921 by Harald Thesen, a veteran of the First World War, a subscription list was opened and £450 was collected towards a war memorial to honour those who had lost their lives in the service of their country. Designed by architect Charles Walgate of Cape Town and built by John Donald of Knysna from stone quarried on the Brenton Hills, the memorial included a two-edged bronze sword and wreath designed by Marlon Walgate and a bronze plaque by HG Stevens, listing the names of the fallen. The War Memorial was unveiled on 17 December 1922 by The Reverend Captain Alfred Duthie, M.C., Chaplain to the Forces in Flanders and France during The Great War. Plaques bearing the names of the deceased from the Second World War and the Bush War have been added. 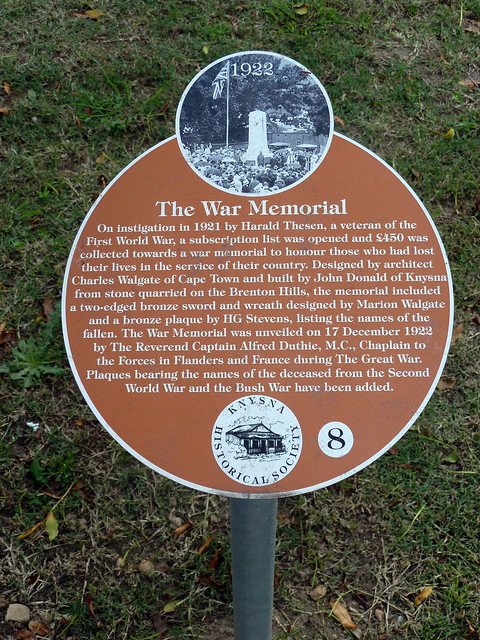 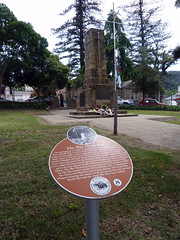