The new St. George's Church In April 1919 during the incumbency of the Rev. B.C. Mortimer, a resolution by the parishioners was taken to build a new church which would also serve to be a living monument to those that had died during the Great War 1914-1918. The project came to a halt in 1922 when initial tenders revealed a severe shortage of funds, and it was only in September 1926 that the foundation stone was laid by the Rt. Rev. Bishop Henry Sidwell, DD, Lord Bishop of George. The design of the church, to accommodate a congregation of 250, was by architects Simpson & Bridgman of Oudtshoorn, the tender offer of £6300 was accepted and the builder was J. Donald of Knysna. The building was completed by a Building Committee. To raise additional funds, glebe lands in Vootrekker Road and Paradise Farm were sold, and after many setbacks, the first service in the new church was held in 1928. The Rt. Rev. Bishop Herbert L. Gwyer consecrated the church in 1937 when all the debts had been settled. 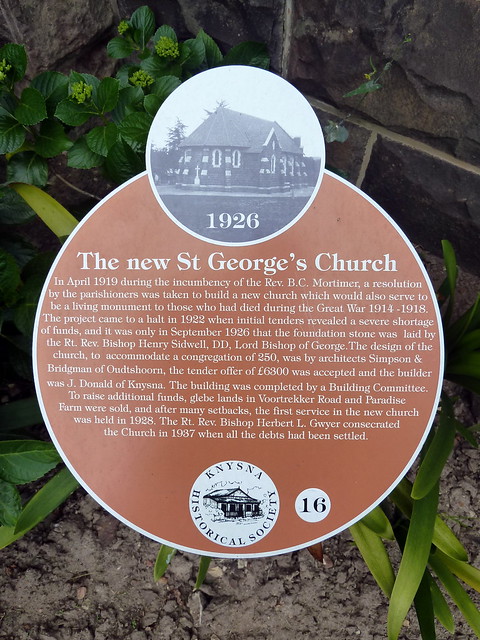 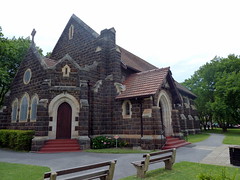