For the similarly named Admiral, his contemporary in the Peninsular Campaign, see Charles John Napier General Sir Charles James Napier, GCB (10 August 1782 – 29 August 1853), was a soldier and governor of the British Empire and the British Army's Commander-in-Chief in India, during which period he led the military conquest of Sindh. 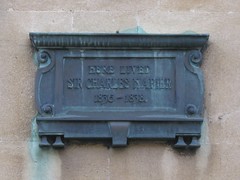