Sir Richard Leveson (c. 1570 – 2 August 1605) was an important Elizabethan Navy officer, politician and landowner. His origins were in the landed gentry of Shropshire and Staffordshire. A client and son-in-law of Charles Howard, 1st Earl of Nottingham, he became Vice-Admiral under him. He served twice as MP for Shropshire in the English parliament. He was ruined by the burden of debt built up by his father. 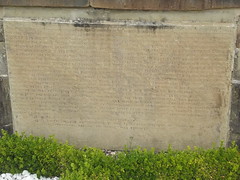