William Byrd (/bɜːrd/; birth date variously given as c.1539/40 or 1543 – 4 July 1623, by the Julian calendar, 14 July 1623, by the Gregorian calendar) was an English composer of the Renaissance. He wrote in many of the forms current in England at the time, including various types of sacred and secular polyphony, keyboard (the so-called Virginalist school), and consort music. He produced sacred music for use in Anglican services, although he himself became a Roman Catholic in later life and wrote Catholic sacred music as well. 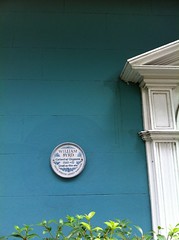