The London School of Economics (officially the London School of Economics and Political Science, often referred to as LSE or the LSE) is a public research university located in London, England, and a member institution of the federal University of London. Founded in 1895 by Fabian Society members Sidney Webb, Beatrice Webb, Graham Wallas, and George Bernard Shaw for the betterment of society, LSE joined the University of London in 1900 and established its first degree courses under the auspices of the university in 1901. LSE started awarding its own degrees in its own name in 2008, prior to which it awarded degrees of the University of London. The LSE is located in Westminster, central London, near the boundary between Covent Garden and Holborn. The area is historically known as Clare Market. The LSE has more than 11,000 students, just under seventy percent of whom come from outside the UK, and 3,300 staff. It had an income of £415.1 million in 2018/19, of which £32.1 million was from research grants. One hundred and fifty-five nationalities are represented amongst the LSE's student body and the school has the second highest percentage of international students (70%) of all world universities. Despite its name, the school is organised into 25 academic departments and institutes which conduct teaching and research across a range of pure and applied social sciences. The LSE is a member of the Russell Group, Association of Commonwealth Universities, European University Association and is sometimes considered a part of the "Golden Triangle" of universities in south-east England. The LSE also forms part of CIVICA - The European University of Social Sciences, a network of eight European universities focused on research in the social sciences. In the 2014 Research Excellence Framework, the School had the highest proportion of world-leading research among research submitted of any British non-specialist university. The LSE has produced many notable alumni in the fields of law, history, anthropology, economics, philosophy, psychology, business, literature, media and politics. Alumni and staff include 55 past or present heads of state or government and 18 Nobel laureates. As of 2017, 27% (or 13 out of 49) of all the Nobel Memorial Prizes in Economics have been awarded or jointly awarded to LSE alumni, current staff or former staff, making up 16% (13 out of 79) of all laureates. LSE alumni and staff have also won 3 Nobel Peace Prizes and 2 Nobel Prizes in Literature. Out of all European universities, LSE has educated the most billionaires according to a 2014 global census of U.S dollar billionaires. 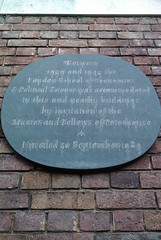