Gudrun Ure (born 12 March 1926) is a Scottish actress, most famous for her portrayal of the title character in Super Gran. she was born in Campsie, Stirlingshire. In Orson Welles' 1951 stage production of Othello, Welles (as the title character) once got carried away and banged Desdemona's head vigorously against the wall, eliciting protests from the audience. Ure was the victim of his enthusiasm. She also starred in the pilot of a series called Life After Life, written by Yes Minister creator Jonathan Lynn. No further episodes, however, were made. She has also appeared in The 10th Kingdom as Mrs Murray, the wife of Tony Lewis' tyrannical boss and owner of their apartment building, T-Bag and the Pearls of Wisdom, Midsomer Murders, Casualty and The Crow Road. Her radio acting credits include the part of Joan Danbury, the mother of Inspector Gwen Danbury in the eponymous police drama by Sue Rodwell broadcast on BBC Radio 4 between 2008 and 2010. In a set of Encyclopædia Britannica-produced educational films about William Shakespeare's Macbeth, Ure played the role of Lady Macbeth. 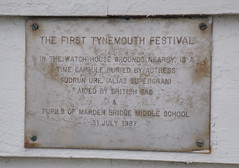