Savoy (; Arpitan: Savouè [saˈvwɛ]; French: Savoie [savwa] (); Italian: Savoia [saˈvɔːja]; Piedmontese: Savòja [saˈvɔja]; German: Savoyen [zaˈvɔʏən]) is a cultural-historical region in Europe. It comprises roughly the territory of the Western Alps between Lake Geneva in the north and Dauphiné in the south. The historical land of Savoy emerged as the feudal territory of the House of Savoy during the 11th to 14th centuries. The historical territory is shared among the modern countries of France, Italy, and Switzerland. Installed by Rudolph III, King of Burgundy, officially in 1003, the House of Savoy became the longest surviving royal house in Europe. It ruled the County of Savoy to 1416 and then the Duchy of Savoy from 1416 to 1860. The territory of Savoy was annexed to France in 1792 under the French First Republic, before being returned to the Kingdom of Sardinia in 1815. Savoy, along with the county of Nice, was annexed to France by a plebiscite that was rigged and voted through under compulsion from the French military under the Second French Empire in 1860. This was part of a political agreement (Treaty of Turin) brokered between the French emperor Napoleon III and King Victor Emmanuel II of the Kingdom of Sardinia that began the final steps in the process of unification of Italy. Victor Emmanuel's dynasty, the House of Savoy, retained its Italian lands of Piedmont and Liguria and became the ruling dynasty of Italy. 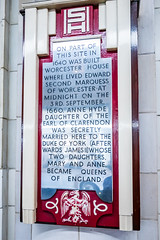 Savoy Court, London, United Kingdom where it was