Sir John Marks Templeton (29 November 1912 – 8 July 2008) was an American-born British investor, banker, fund manager, and philanthropist. In 1954, he entered the mutual fund market and created the Templeton Growth Fund, which averaged growth over 15% per year for 38 years. A pioneer of emerging market investing in the 1960s, Money magazine named him "arguably the greatest global stock picker of the century" in 1999. 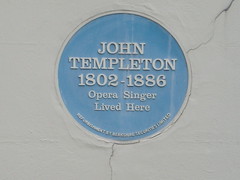