Cecil Day-Lewis CBE (or Day Lewis; 27 April 1904 – 22 May 1972), often written as C. Day-Lewis, was an Irish-born, British poet and Poet Laureate from 1968 until his death in 1972. He also wrote mystery stories under the pseudonym of Nicholas Blake. During World War II, Day-Lewis worked as a publications editor in the Ministry of Information for the UK government, and also served in the Musbury branch of the British Home Guard. He is the father of actor Sir Daniel Day-Lewis, and documentary filmmaker and television chef Tamasin Day-Lewis. 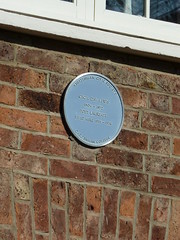