Emilie Charlotte Langtry (née Le Breton; October 13, 1853 – February 12, 1929), known as Lillie (or Lily) Langtry and nicknamed "The Jersey Lily", was a British-American socialite, actress and producer. Born on the island of Jersey, upon marrying she moved to London in 1876. Her looks and personality attracted interest, commentary, and invitations from artists and society hostesses, and she was celebrated as a young woman of great beauty and charm. By 1881, she had become an actress and starred in many plays in the UK and the United States, including She Stoops to Conquer, The Lady of Lyons, and As You Like It, eventually running her own stage production company. In later life she performed "dramatic sketches" in vaudeville. She was also known for her relationships with noblemen, including the Prince of Wales, the Earl of Shrewsbury, and Prince Louis of Battenberg. She was the subject of widespread public and media interest. 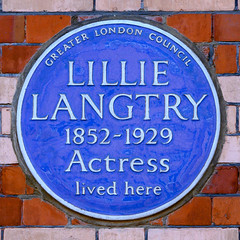 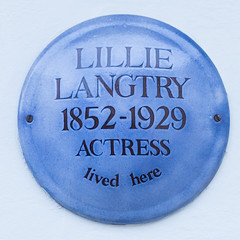 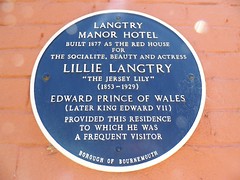 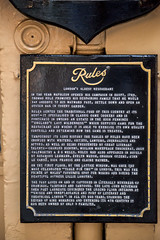