Ivor Novello (born David Ivor Davies; 15 January 1893 – 6 March 1951) was a Welsh composer and actor who became one of the most popular British entertainers of the first half of the 20th century. He was born into a musical family, and his first successes were as a songwriter. His first big hit was "Keep the Home Fires Burning" (1914), which was enormously popular during the First World War. His 1917 show, Theodore & Co, was a wartime hit. After the war, Novello contributed numbers to several successful musical comedies and was eventually commissioned to write the scores of complete shows. He wrote his musicals in the style of operetta and often composed his music to the libretti of Christopher Hassall. In the 1920s, he turned to acting, first in British films and then on stage, with considerable success in both. He starred in two silent films directed by Alfred Hitchcock, The Lodger and Downhill (both 1927). On stage, he played the title character in the first London production of Liliom (1926). Novello briefly went to Hollywood, but he soon returned to Britain, where he had more successes, especially on stage, appearing in his own lavish West End productions of musicals. The best known of these were Glamorous Night (1935) and The Dancing Years (1939). From the 1930s, he often performed with Zena Dare, writing parts for her in his works. He continued to write for film, but he had his biggest late successes with stage musicals: Perchance to Dream (1945), King's Rhapsody (1949) and Gay's the Word (1951). The Ivor Novello Awards were named after him in 1955. 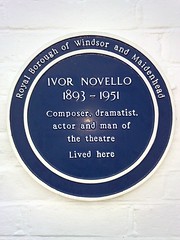 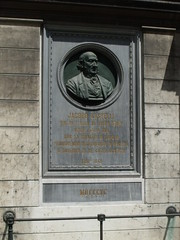 Cowbridge Road East, Cardiff, United Kingdom where they was born (1893)