Leonard James Callaghan, Baron Callaghan of Cardiff, KG, PC (/ˈkæləˌhæn/; 27 March 1912 – 26 March 2005) was a British politician who served as Prime Minister of the United Kingdom from 1976 to 1979 and Leader of the Labour Party from 1976 to 1980. Callaghan is the only person to have held all four Great Offices of State, having served as Chancellor of the Exchequer from 1964 to 1967, home secretary from 1967 to 1970 and foreign secretary from 1974 to 1976. He was a member of Parliament (MP) from 1945 to 1987. Born into a working class family in Portsmouth, Callaghan left school early and began his career as a tax inspector, before becoming a trade union official in the 1930s; he served as a lieutenant in the Royal Navy during the Second World War. He was elected to Parliament at the 1945 election, and was regarded as being on the left-wing of the Labour Party. He was appointed to the Attlee government as a parliamentary secretary in 1947, and began to move increasingly towards the right-wing of the Labour Party, while maintaining his reputation as a "Keeper of the Cloth Cap" – that is, seen as maintaining close ties between Labour and the trade unions. Following Labour's defeat at the 1951 election, Callaghan increasingly became regarded as the leader of the right-wing of the Labour Party, and stood for the positions of deputy leader in 1960 and for leader in 1963, but was defeated by George Brown for the former and Harold Wilson for the latter. Following Labour's victory at the 1964 election, Wilson appointed Callaghan as Chancellor of the Exchequer; this appointment coincided with a turbulent period for the British economy, during which Callaghan had to tackle both a chronic balance of payments deficit and various speculative attacks on the pound sterling, with its exchange rate to other currencies being fixed by the Bretton Woods system. On 18 November 1967, having initially denied that it would do so, the Government devalued the pound sterling. In the wake of the decision, Wilson moved Callaghan to the role of home secretary. During this time, Callaghan was responsible for overseeing the operations of the British Army to support the police in Northern Ireland, following a request from the Northern Ireland government. Callaghan remained in the Shadow Cabinet during Labour's period in Opposition from 1970 to 1974; upon Labour's victory at the 1974 election, Wilson appointed Callaghan as foreign secretary. Callaghan was responsible for renegotiating the terms of Britain's membership of the European Communities (EC), and strongly supported the "Yes" vote campaign in the 1975 referendum, which confirmed the UK's membership of the EC. When Wilson suddenly announced his retirement in March 1976, Callaghan defeated five other candidates to be elected Leader of the Labour Party; he was appointed prime minister on 5 April 1976. Despite winning a narrow majority in the House of Commons at the 1974 election, Labour had lost this by the time Callaghan became prime minister, and several by-election defeats and defections in his early months forced Callaghan to strike a confidence and supply agreement with the Liberal Party. While this initially proved stable, in the wake of significant industrial disputes and widespread strikes in the 1978–79 "Winter of Discontent", and the defeat of the referendum on devolution for Scotland, led to minor parties joining the Conservatives to pass a motion of no-confidence in Callaghan on 28 March 1979. Although remaining personally popular in opinion polls, Callaghan led Labour to defeat at the 1979 election and was replaced by Margaret Thatcher. Callaghan initially remained as Labour leader, serving as Leader of the Opposition until November 1980. He attempted to reform the process by which Labour elected its leader. After leaving the leadership, he returned to the backbench, and between 1983 and 1987 was Father of the House of Commons. On retiring from the Commons in 1987, he was elevated to the House of Lords as Baron Callaghan of Cardiff. He died on 26 March 2005 and remains to date the UK's longest-lived former prime minister. 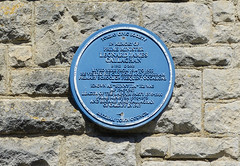