Charles XIV John (Swedish and Norwegian: Karl XIV Johan; born Jean Bernadotte; 26 January 1763 – 8 March 1844) from 1818 until his death was King of Sweden and Norway. In modern Norwegian lists of kings he is called Charles III John. He was the first monarch of the Bernadotte dynasty. Born in Pau in southern France, Bernadotte joined the French Royal Army in 1780. Following the outbreak of the French Revolution, he exhibited great military talent, rapidly rising through the ranks, and was made a brigadier general by 1794. He served with distinction in Italy and Germany, and was briefly Minister of War. His relationship with Napoleon was turbulent; nevertheless, Napoleon named him a Marshal of the Empire on the proclamation of the French Empire. Bernadotte played a significant role in the French victory at Austerlitz, and was made Prince of Pontecorvo as a reward. In 1810, Bernadotte was unexpectedly elected the heir-presumptive to the childless King Charles XIII of Sweden, thanks to the advocacy of Baron Carl Otto Mörner, a Swedish courtier and obscure member of the Riksdag of the Estates. He assumed the name Charles John and became the de facto regent and head of state. In 1813, following the sudden unprovoked French invasion of Swedish Pomerania, Crown Prince Charles John aligned Sweden with Napoleon's enemies in the Sixth Coalition, wherein he authored the Allied campaign plan, and commanded the Allied Army of the North that made the decisive attack on the last day of the catastrophic French defeat at Leipzig. Charles John forced the Danish king to cede Norway to Sweden after the War of the Sixth Coalition, leading to the Swedish-Norwegian war of 1814 where Norway was defeated after a single summer’s conflict. This put Norway into a union with Sweden, which lasted for almost a century before being peacefully dissolved in 1905. The Swedish-Norwegian war of 1814 is credited as Sweden's last direct conflict and war. Upon the death of Charles XIII in 1818, Charles John ascended to the throne. He presided over a period of peace and prosperity, and reigned until his death in 1844. 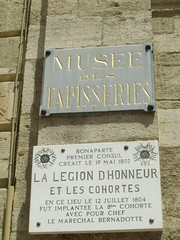