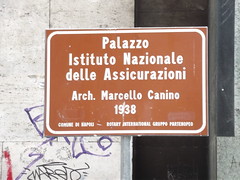 Grand Prairie Airfield. (U. S. Navy Flight Training Facility) The Curtiss Flying Service Corporation of New York purchased 275 acres of land one mile west of the Grand Prairie city limits in 1929. The Curtiss Wright Airport of Fort Worth-Dallas was opened on this site in 1930. Though the airport and flying school were a sensation, they closed late in 1930 due to the Depression and the field became the Grand Prairie Municipal Airport. In 1940 Lou Foote purchased the property to establish his own flying school. The U. S. Navy chose the airfield as a primary training facility and purchased the land from Foote in June 1942 for $120,336. The naval development cost was approximately $823,000 which included two 1,500-foot hexagon landing mats, two personnel barracks, a hangar, new maintenance and operations buildings, roadways, sidewalks and utilities. About 1,000 men trained on this site during World War II, some flying at night without permanent landing lights. The field was regarded as an excellent training ground for its capabilities. At the close of World War II, the Navy discontinued its training operations at the Grand Prairie site, using it instead as an emergency landing field. In 1953 the Navy authorized the Department of the Army to use the installation for the air section (later the 149th Aviation Battalion) of the 49th Armored Division of the Texas National Guard. In 1962 the Army authorized the City of Grand Prairie to use 195 acres as a public airport. The city sold 127 acres in 1964 and built a larger airport south of this site. The 19th Aviation Battalion remained until 1976, when the airfield was closed. (1998) #11826

901 Conover Dr., Grand Prairie, TX, United States where they was