Kitson and Company was a locomotive manufacturer based in Hunslet, Leeds, West Yorkshire, England. 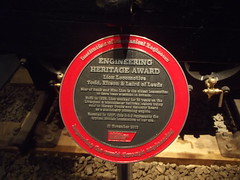 Engineering Heritage Award Lion Locomotive Todd, Kitson & Laird of Leeds Star of track and film, Lion is the oldest locomotive to have been steamed in Britain. Built in 1838, Lion worked for 20 years on the Liverpool & Manchester Railway, before being sold to Mersey Docks and Harbour Board as a stationary pumping engine. Rescued in 1927, this 0-4-2 represents the typical British locomotive of her era