The plaque was proposed by Reg Freeson MP on behalf of Poale Zion and erected in Ben-Gurion's centenary year. The plaque bears the name of the Greater London Council but was installed after the scheme had transferred to English Heritage on 1st April 1986. 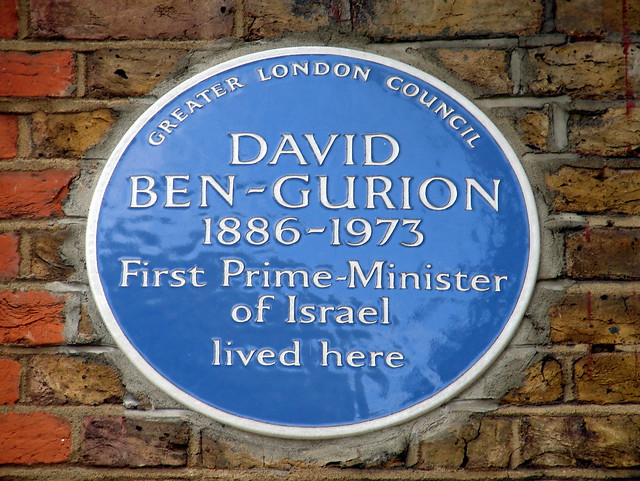 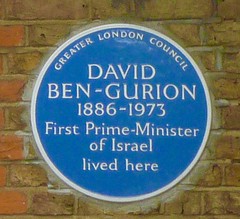 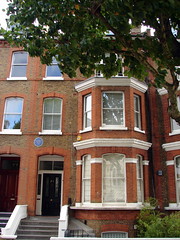