Bell County Courthouse. Using arched passageways, round-arch and pedimented windows, a clock tower with columned gallery, and a rusticated limestone finish, Jasper N. Preston & Son of Austin designed the 1885 Bell County Courthouse in the Renaissance Revival style. Ben D. Lee served as contractor. The original tower and dome were removed in the 1950s, but were rebuilt in 1999 based on documentation provided by historic photographs. A fine example of Preston's work, the style is echoed throughout Belton's downtown, in large part rebuilt after an 1889 fire razed much of the commercial district. Recorded Texas Historic Landmark - 2000 #12460 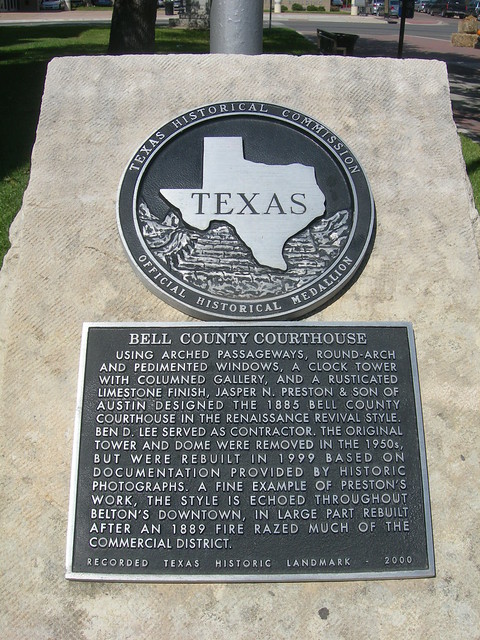