This plaque is right next door to Jimi Hendrix making a pair of unusual neighbours albeit separated by a number of years.This is the third plaque to Handel to have been installed at No.25 (formerly No.57) Brook Street. The first, a chocolate brown example erected in 1875 by the (Royal) Society of Arts, had become illegible by the mid 20th century, and was replaced with a London County Council plaque in 1952. In 2001, the year that No.25 and No.26 Brook Street opened as the Handel Museum, English Heritage took the opportunity to replace the plaque again, correcting the anglicisation of Handel's middle name - formerly given as Frederick - and moving it to a lower position on the facade, in horizontal alignment with the Jimi Hendrix plaque affixed to No.23. in 1997. 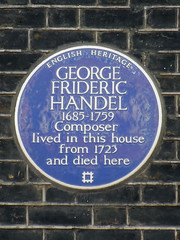 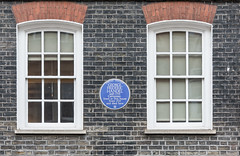 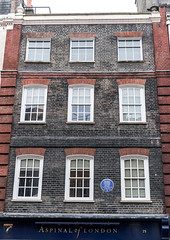 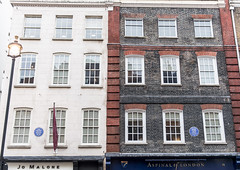 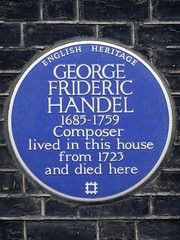 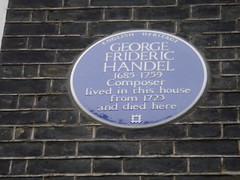 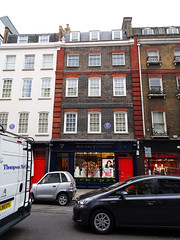 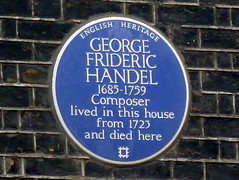 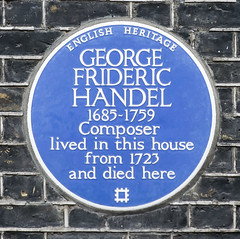