Fittie Wynd. The site of Fittie Port at the head of Fittie Wynd. This marked the medieval boundary between the Burgh of Aberdeen and the fishing community of Fittie. Burgh Officials locked and guarded the gates in times of plague, pestilence and peril. The Port was demolished in the 18th century. 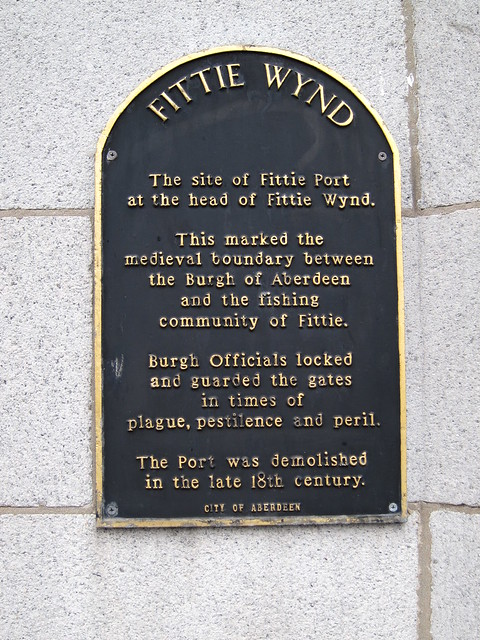 by Aberdeen City Council Part of the Aberdeen Courts series