Cheapside Slave Auction Block. African Americans were sold as slaves at Cheapside Auction Block on the public square in the 19th century. Lexington was the center of slave trading in Ky. by the late 1840s and served as a market for selling slaves farther south. Thousands of slaves were sold at Cheapside, including children who were separated from their parents. (Reverse) Slavery in Fayette Co. - On the N.E. corner of the Fayette Courthouse lawn stood the whipping post established in 1847 to punish slaves for such offenses as being on the streets after 7 p.m. Fayette Co. was one of the largest slaveholding counties in Kentucky. By 1860, one in four residents of the city of Lexington were slaves. Presented by the Lexington Alumni Chapter Kappa Alpha Psi Fraternity. 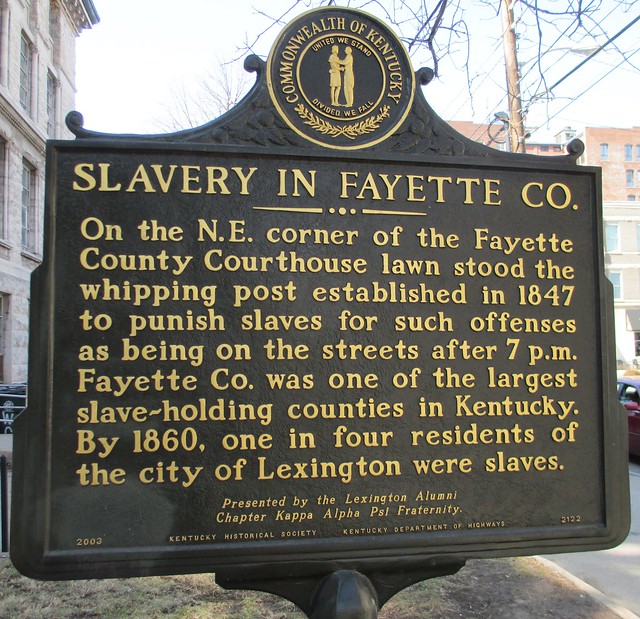