This former live music venue closed after a farewell party on 31st December 2013. The Grade B listed building was originally The Caley Picture House, which opened on 1st January 1923 with a silent film 'game of Life'. In 1928, the building was enlarged for the new 'talkies', with an imposing entrance block added at the right hand side (31 Lothian Road). the new block, with its large stained glass window, was converted from a temperance hotel! The original cinema was a partial conversion of The Commercial Hotel. The site of both hotels is marked on the 1876 OS map as a single property - the Commercial Hotel and Tavern, which is also recorded on the map of 1846. The last picture show at the Caley was in 1984. the landmark cinema became a nightclub named the Caley Palais, renamed Century 2000 and Revolution. The building later stood empty for several years, until it re-opened, in 2008, as The Picture House. 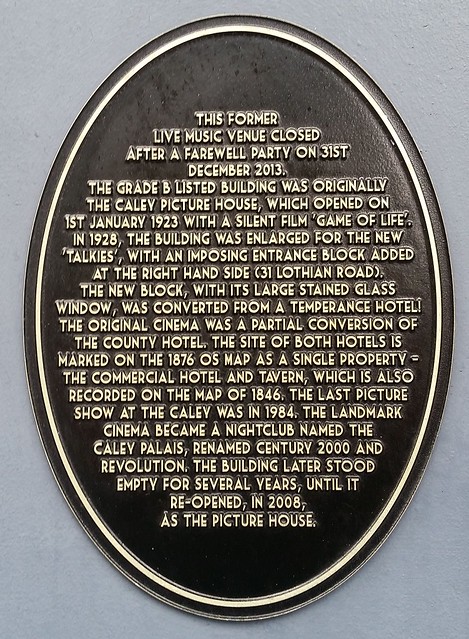