At The turn of the 19th Century this 'Goldstone' was thought to be a sacred stone of the Druids. This led to large numbers of people visiting the site and causing damage to the surrounding farm crops. In the early 1830's Mr. William Marsh Rigden, the landowner, buried the stone and smaller surrounding stones to stop this happening. The stones lay buried until 29th September 1900 when William Hollamby, one of the Hove Commissioners, discovered their position and had them unearthed. In 1906 the stones were put on display here in the newly opened Hove Park.

Brighton and Hove Albion's Goldstone Ground used to be right opposite this plaque. We never realised that there was an actual 'Goldstone'. 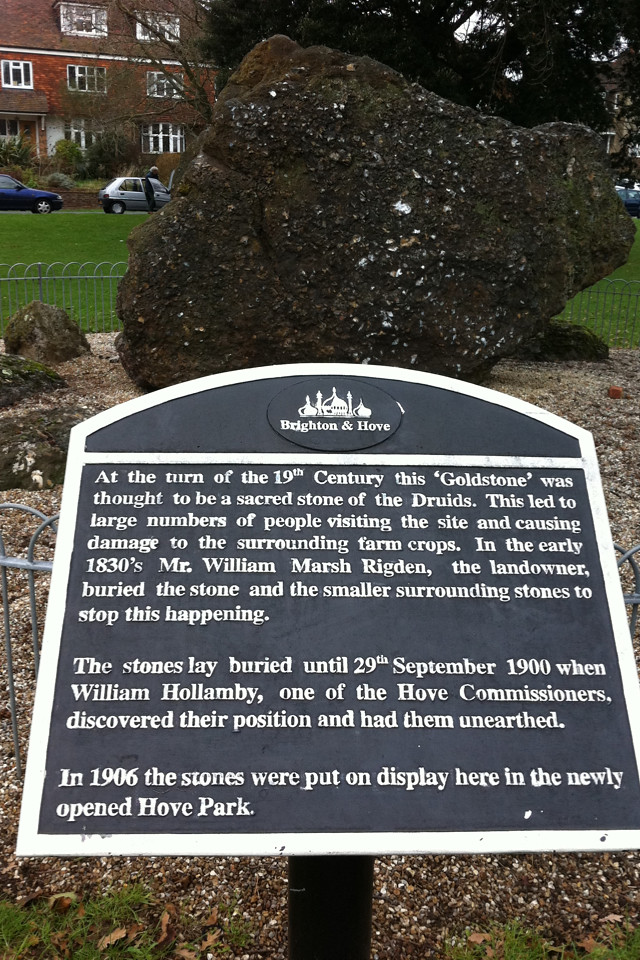 by City of Brighton & Hove