De Quincey was first honoured with a blue plaque by the London County Council which, having been refused permission to install one at No.36 Tavistock Street (formerly No.4 York Street), did so at No.61 (formerly No.58) Greek Street, Soho. This building, which was De Quincey's home in 1803 was demolished around 1937. The GLC plaque, installed at the LCC's preferred address, was unveiled by the actor Donald Sinden in 1981, shortly after the renovation of the nearby Covent Garden market. Somewhat unfortunately, the name on the plaque is misspelt. 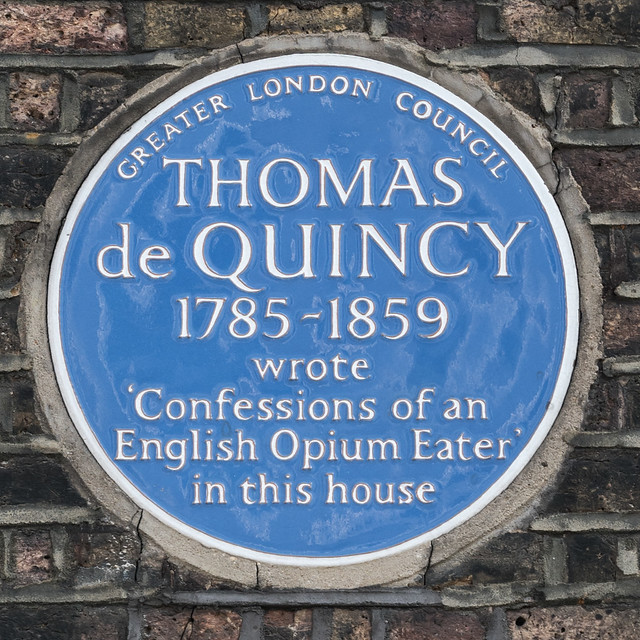 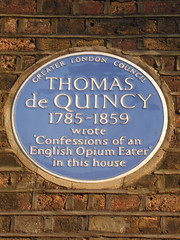 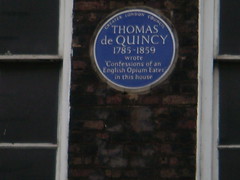 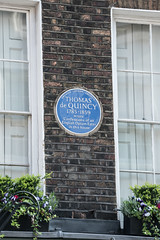 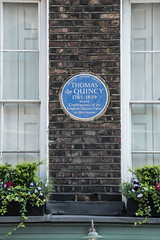 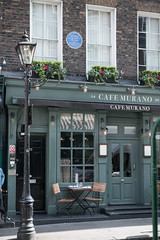 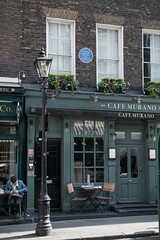