http://pmsa.cch.kcl.ac.uk/BM/WMbiBIxx085.htmThis wall tablet was commissioned by the City Art Gallery shortly after the death of Sir Richard Tangye (1833-1906) and was paid for by public subscription in 1908. These two well known engineering industrialists and patrons of the arts had donated £10,000 towards the provision of a new City Art Gallery in 1880 and enriched its collection up until 1906. The memorial by Colton, who was then Professor of Sculpture at the Royal Academy, cost £330 and it was unveiled on 10th December 1908. The balance of the subscription fund established an annual scholarship at the School of Art, to which the brothers had donated £10,000 in 1881. This panel is illustrated in the 1915 issue of The Studio. 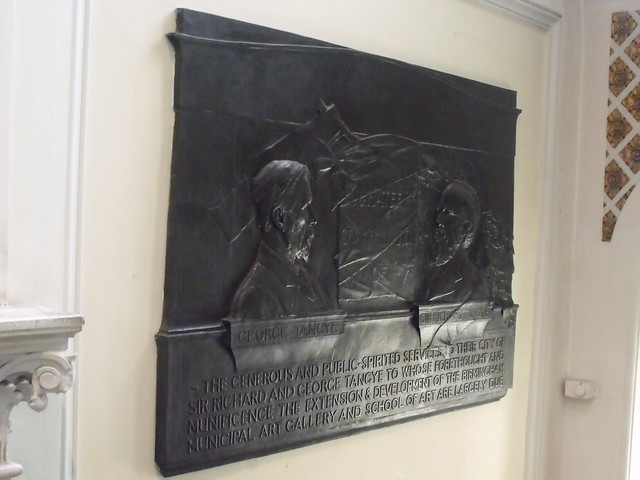 by Birmingham Museum & Art Gallery in 1908