This blue plaque was removed and replaced with a new, red plaque, following a successful campaign, as this one controversially contained no mention of deaths, injuries or the term 'The Peterloo Massacre'. 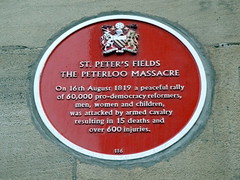 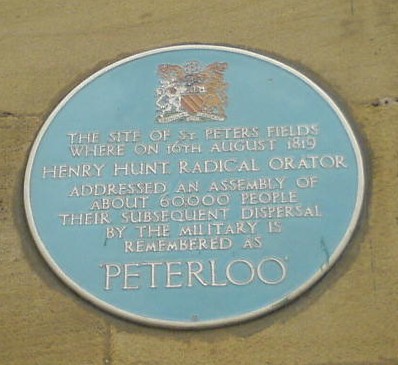