Hudgins-Blake House. Residence with fine door and window styling; large rooms; 13' ceilings; wide board floors. Built during 1855-67 era, by William P. Hudgins, ;the house had a series of short-term owners before W. L. and Mattie A. Blake, prominent Jefferson Central (Negro) School teachers, bought it in 1897; their family owned it for 60 years. Restored by 1957 purchasers, Bill R. and Ella McDonald, house has been preserved since 1961 by Mrs. W. L. (Nellie) Jackson. Recorded Texas Historic Landmark - 1973 #8051 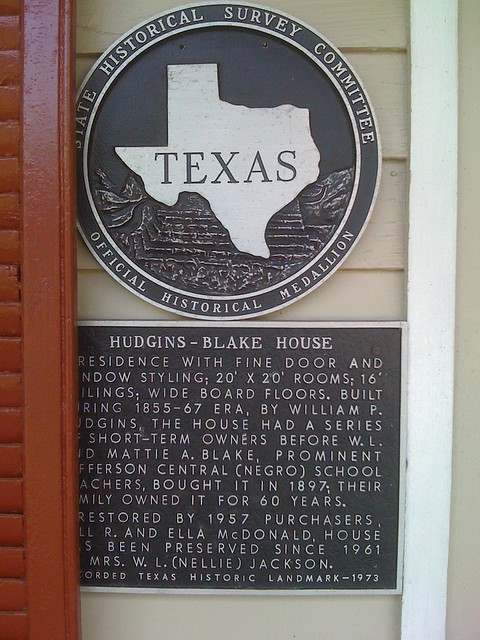 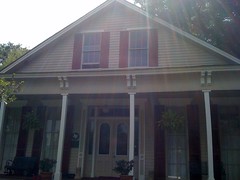