The (Royal) Society of Arts erected a plaque to Robert Walpole, Earl of Oxford at this location in 1881. This was badly weathered by 1976 and the GLC took the opportunity to replace it with a standard blue roundel commemorating both the de facto first Prime Minister of Great Britain and his son, the writer, art historian, man of letters, antiquarian and Whig politician. Horace. 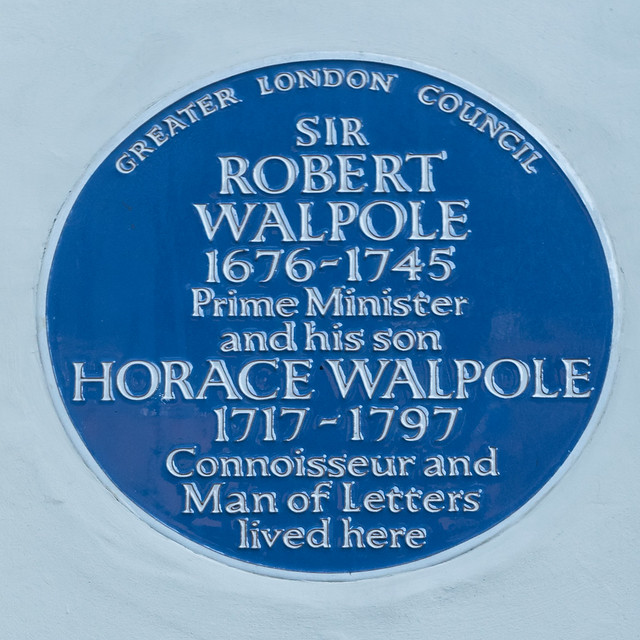 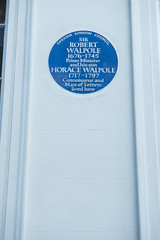 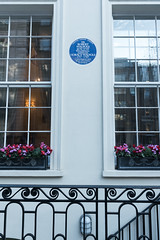 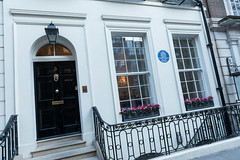 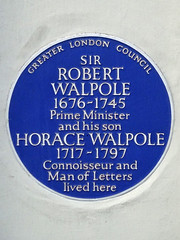 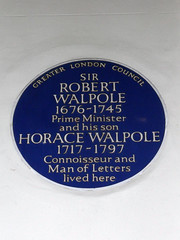 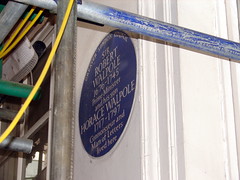 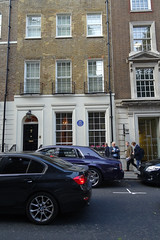 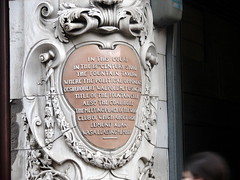 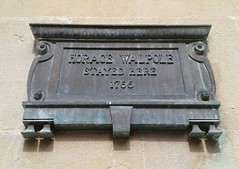