This plaque commemorates the bicentenary of the birth of Anthony Trollope (1815 - 1882), who introduced pillar boxes to the United Kingdom in 1852. In 1855 this street became one of the first in London to have a pillar box

The novelist Anthony Trollope, who in addition to being a celebrated novelist had a successful career with the Post Office, introduced post boxes to the Britain in 1852. The first five post boxes in London were in Fleet Street, Strand, Piccadilly, Pall Mall and Rutland Gate, all installed in 1855. To celebrate the 200th Anniversary of Trollope's birth in 2015, The Royal Mail attached identically worded commemorative plaques to post boxes in each of those streets. This example in Pall Mall is affixed to a Royal Mail Type 'C' (oval dual aperture) box bearing the royal cypher of Queen Elizabeth II. 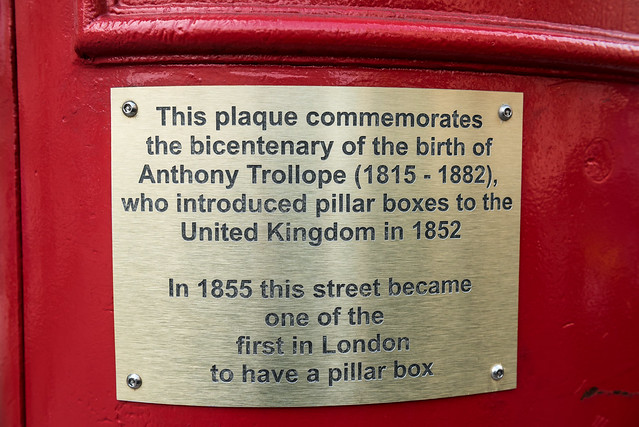 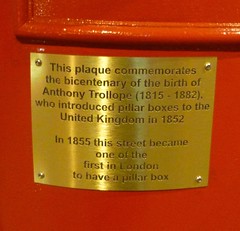 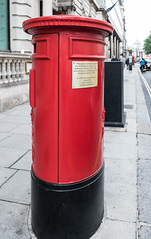 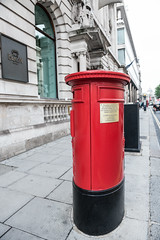 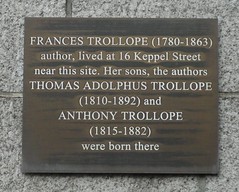 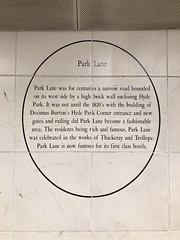 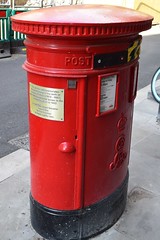 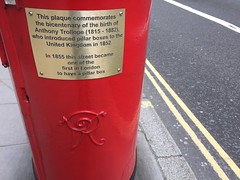