The installation of the plaque commemorating J. R. D. Braham in September 2017 marked the introduction of a new type of plaque to the official London Scheme - a surface mounted ceramic model intended for applications where, due to nature of the fabric of the structure, a standard roundel - which is embedded in brickwork to a depth of approximately two inches - would not be suitable. Formerly in these circumstances, an inferior enamelled steel version would have been employed. 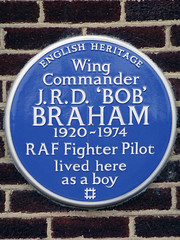 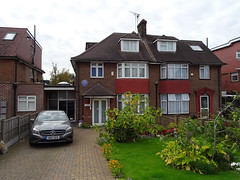