The Old Gaol In 1858 the Governor of the Cape Colony directed that that all Divisional Councils obtain plans for the building of a gaol, which was particularly relevant to Knysna due to the need to house convict labour needed for the planned Longkloof mountain pass known today as the Prince Alfred Pass. The first convicts arrived in August 1858 to build the gaol that was sited on 4 lots of land purchased from John Sutherland for £56. Building work commenced in 1859 on a gaol designed by the government's Civil Engineer's Department to hold 30 prisoners. Resident Magistrate James Fichat laid the foundation stone on 19 February 1859 in a ceremony following in the Freemason tradition. The building was completed later that same year and the mountain pass in 1867. The gaol was enlarged and in 1883 could accommodate 60 prisoners. 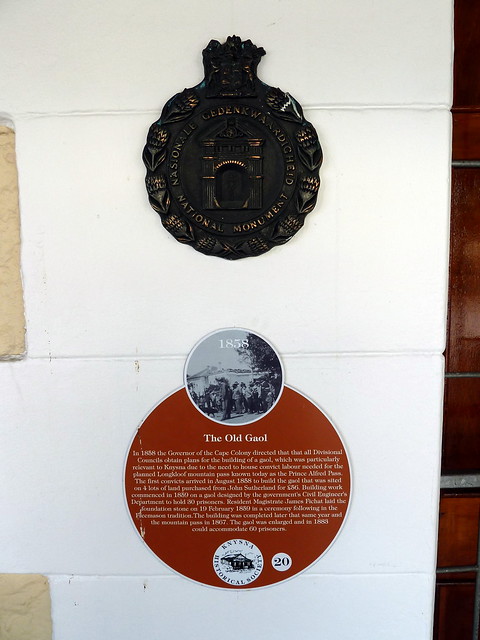 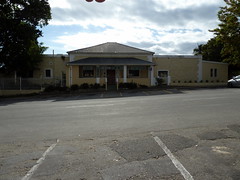